Cirtexhosting is my first review of 8 hosts for October 2010 webhostingstuff.com’s top 25.  With this host I find that I have failed at keeping track of what hosts are new.  As I have listed this as a new host in October and November 2010.  So as I work on a forum for the site I also work on a actual list that will be added to the forum so I don’t repeat this mistake.

When I first saw this site the first thing that got my attention was the 60% rating, 3 out of 5 stars.  I don’t tend to think in terms of how many stars a site gets, but what percentage of approval a site has of its customers.  Upon further review of those reviews over the last 6 months they have a 1 star rating.  Which is clearly shown on webhostingstuff.com.  For that matter there is not a positive review this year on webhostingstuff.

Webhostingstuff  may have Citexhosting in the top 10, but their own reviews don’t justify their ranking 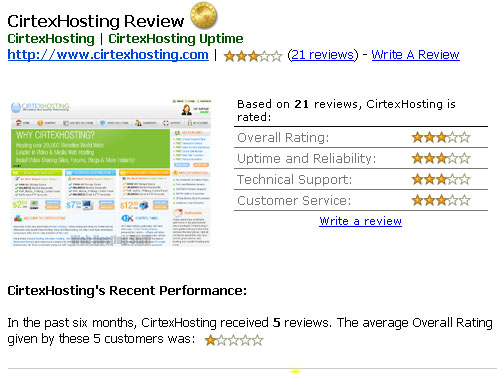 The complaints I have seen seem at first to be in relation to an outage.  But the further back I go this year the more I see the same complaints.  People are complain about slow response from servers, downtime, and lose of data.  There are complaints in regards to support. The further I research I find indivdual sites and forums that that indicate these problems have been going on for years. For that matter it appears one of their staff respond to this forum in 2008 and even admitted to issues there company had.

This is the part where I don’t act as a customer advocate, and divert from the subject of cirtexhosting.   While I can understand the pain of losing a site, regardless of how good a host is the customer must always make certain if a sites data is valuable they do frequent back ups.  I am probable the most frantic of data hoarders you will ever meet.   I have copies of my most valuable data on multiple servers, back up services, usb drives,  network drives, and not to mention the computers that I have.   If this site was down I might at worse lose a days worth of data.

When I went to the home page the first thing I find is this review, I thought I would check out where they were hosted.  Turns  out this customer changed their dns no later then August 7, 2009 to dreamhost. 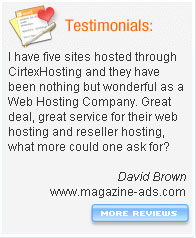 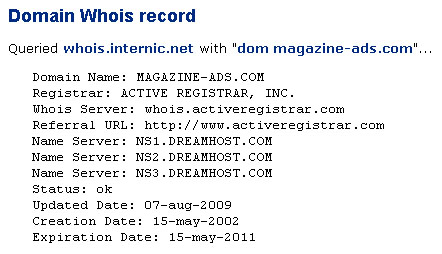 So after finding the first review was no longer hosted by this host I thought I would go to http://www.cirtexhosting.com/testimonials.shtml and decided to see where the rest of the sites were pointing.

These sites are not pointing to Cirtexhosting:

* dewinddesigns.com may be an expired domain that was picked up for the purposes of a pay per click landing site.

These sites are pointing to Cirtexhosting:

afriendlyhome.com – CIRTEXHOSTING.COM – However the only thing that is up is a construction page 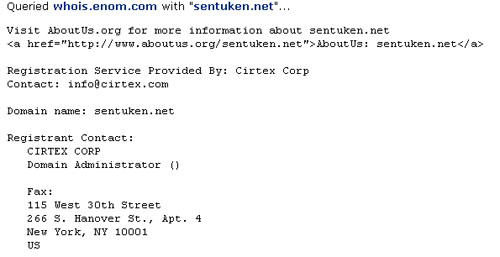 brentwoodweb.com appears to be the only review / site that is being show case that is actual indepently owned / working website on CIRTEXHOSTING.COM dns.

You might wonder why I don’t consider afriendlyhome as a valid review. Frankly just having a construction page is a good indicator that they have probable not used the account. The most that I can tell is that they set up an email and a index page. According to the dns records the site’s dns was updated 22-jul-2006. It appears the site has been doing nothing for 4 years.

Perhaps Cirtexhosting bought sentuken.net on behalf of a client.  It happens, and I have done this for hosting customers.  Often I would take the funds out of my own pocket due to the length time the customer spent with us.  Not something I recommend.  But still even if this was on behalf of the client, it to has a construction page.  Worst yet it promises a launch of September 2009. Both sites may go years before being used.

I had such a client that had paid for their account for 5 years while it did nothing.  I almost got my head handed to me when I decided to cancel her account.  The customer  did not notice that I deleted her account, but that I had not charged her.  She simply wanted the account ready for when she did get time to work on her site.  The funny thing is the very day she decided to use it, she wanted to upgrade. But still reviews are useless if you do not actively use the account.

This could become a very long post as I have done a glancing look through most other review sites, forums, and sites that have posted person rants on their own sites.  The bulk of what I post here is from webhostingstuff and cirtexhosting.   There is still a lot more of detail to look at cirtexhosting, perhaps a post for another day.