Last night I finale finished the list for Webhostingstuff’s new hosts for September 2010.  September is the first time that I find hosting companies that offer free hosting as a gimmick to get people to switch over to paid hosting.   Its also the point where we see Fatcow leave the list.  Soon the iPage and Justhost the last of the Endurance International Group on this list in my October review which I will be working on right after this post.

Here is the short summary of these 6 websites I found in my September 2010 review.

A company that offers free hosting. Which is often used to get people into paid accounts.

They list one too many sites that are not really awards or are questionable awards. Claims to have been formed 2008, even though domain was created 2009.

On the plus side, when I confronted them on chat about a hate site, they removed it in seconds.

On the bad side they were listed on webhostingstuff’s fake top 25.  They offer free hosting often used to get customers in, only to push customers towards buying service.   They pay out 50% commisions which is too high to make sure customers get quality service.  They have an unclear refund policy, that only applies to 1 -5 years.

Its my opinion that 3 – 5 year terms are too long, given the nature of webhosting space and bandwidth grow cheaper. 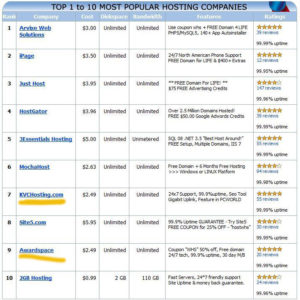 In 6 months they average a 60% customer approval on webhostingstuff.com

Complaints are in regards to slow servers, front page hijacking, and shutdowns without warning. 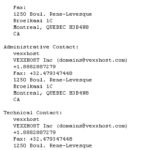 Terms of service not accessible from the main page, and can only be found by attempting to order an account.

Owned by a company called Advanced Online Solutuions(AOS (the company)).

Burden of proof of down time is on the customer, terms of service protects from almost all forms of down time.

A greengeeks.com site.  They claim to be green but have not proof of it. 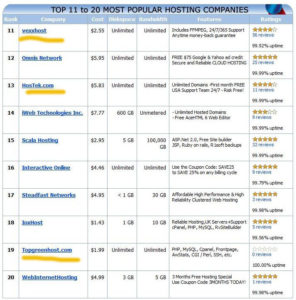 Another site that you have to go through the order form to find the terms of service.

They bill for resource usage by the day (not month),  not a hosting company you want to have when on vacation.

Other then this crazy assumption that being on their site is a form of accepting the terms of service, there is not much I can find wrong with this site.

Other the terms of service is on the light side and they appear on whs’s top 25 list. 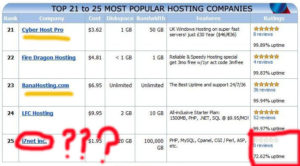 While I write a summary in November, its worth noting that this site has appeared June, September, October, and November 2010 on this top 25 list.  Problem is not the 72% uptime, its that the site has a cPanel error screen since I looked at the site back in June 2010.

These 6 hosts are 6 more reasons why you should not trust webhostingstuff as a unbiased source for webhosting reviews.