Hostthenprofit.com finds itself on my blog because they choose to spam a personal youtube account of mine. A friend of mine gave me grief because I had not approved their comment on one of my videos about world of warcraft.  Unlike hosting-reviews-exposed.com’s youtube account I don’t access my personal account regularly.  I decided to look through the account email and friends requests to find a rather lengthy email from hostthenprofit.com dated 9/6/2011.  I thought they were a host. Turns out they are more then that, and it does not resemble a host site. Its one of those buy my book and I will tell you how to make millions.  You get my book and you can buy a fancy house with a swimming pool, a fancy sports car.  You can even get a beautiful wife or husband.  You can get your child a pony every holiday.  But here is the question, can you name me ten people you personally know that make money off their program?  Ten people that have piles of money, a dream house with a swimming pool, that dream spouse, and a pony for their child every holiday.  I am going to take a chance and say you don’t.

During hard economic times, snake oils sales men are hard at work.  They know people are desperate, anything to keep the bill collector from taking their house away.  I was there myself.  Even almost tried a program called Destiny that sold phone cards in the 90’s.  What kept me from giving my hard earned money was that the state of Alabama would not allow their cards to work in the state. I kept trying to use the card to call my grandmother, but it constantly failed.  I figured once the card worked I would buy into the program.  This is of coarse is before I realized how bad I was at selling people on a product.  Fortunately the company fell apart, something about the head of the company taking off.

There is a lot of details missing on hostthenprofit.com’s site, such as a terms of service.  Where to go to report spam.  But there are a lot of “Top MLM and Internet Marketers”.

Looking at the site these “gurus” are trying to promote brings back bad memories where I worked for a MLM (multi level marketing) guru. Who pretty much drove me crazy when he wanted a back ground that was the same color as money.  Not to mention his web master was not to happy with me because I had done something he could not do, and that was create a [email protected] email account.   Because he claimed that a three letter email address was impossible.  The graphics guy(me) could do what the webmaster could not.  Really it was a simple matter of asking Virtualis to do it, so technically I did not do it but I got the task done. It was not until I had to scan a book and edit it for the web that I realized “how to get rich” sites make only one person rich and that is the people that tell you to buy their book.  Not to mention the methods for getting rich such as advice to grandparents to take custody of their disabled grandchildren for tax benefits.

thealexangroup sent you a video: “VIDEO – HostThenProfit.com-live.info | Affordable Web Hosting and Business Opp In One!”

Hostthenprofit.com has the sucks, scam, and reviews top positions in Google thanks to their affiliates 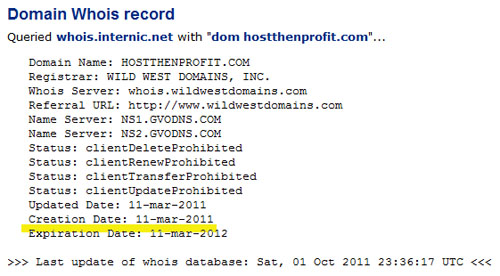 I find it amazing that hostthenprofit.com just started last month but they have an Alexa score of 26,527.

As much they want hide any flaws that might come up, they made one mistake.  They have So Called Gurus, that did not drown out their negative feed back. So instead of working on reviewing review sites that have EIG sites that mailed out FTC compliance emails this month as I had planned.  This month will be about reviewing this site and gogov.com

My personal opinion of gogov.com and hostthenprofit is your better off trusting a host that appears on webhostingstuff and you know how much I don’t approve of them. 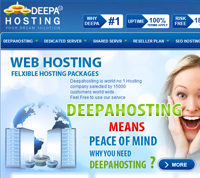