Deepahosting.com joins other hosts and so called review sites for comment spamming on my blog.  The irony of it is this host decided to post a comment on post about another company that spams comments, Unlimitedgb.com.

I am not going to be like hostingsthatsuck.com and whine about someone comment spamming on my blog.  Personally I welcome it as nothing inspires me to write like spam, and I really hate spam.

Granted it was only one comment, but look at it.  What did it have to do with my attempt to get a host with a serious problem with customer complaints and vagrant fake positive reviews?  Absolutely nothing, in their comment had anything to do with my post.

Then again their comment does not make a lot of sense.

So why did Deepahosting.com spam?

They did it for one reason and one reason only, and that was for a back link which helps to grow their search engine ranking. Maybe on the rare hope someone might follow the link and buy something from them.  I advise avoiding this company.

Honestly I don’t mind a host giving their two cents, for that matter they are more then welcome to put their site in the form area that lists site.  But having vagrant advertisement, is not welcome.  For that matter in the up coming months I am going to remove Google Adsense so I can remove all hosting ads off my site.  Granted that might bring my site income down to zero.   This is not the place for a host to advertise or attempt to get back links.  As you can see their comment was about “Reseller Hosting” which has nothing to do with what the blog post was about.

So how does Deepahosting.com suck

Here is the first thing that caught my attention: “Established in 2009 to provide advance , High technology web hosting Service to all internet service provider”

As I have repeatedly pointed out, creation date does not mean a start date.   But the way back machine says deepahost.com was up no later then February 2010.

I really don’t get claiming that you have been a year longer then your whois information states, why not lie and say you have been in business since 1999?  Its not like the host made a single typo as they repeated this lie several times.

The big whopper of a lie that Deepahosting.com told is…..

They could not make their company older then 2009, yet….

“Our global community is more than 10 million customer contracts strong. ”

So why do they have an Alexa Score of 205,837?  With that many clients they should be near Godaddy.com and Hostgator.com in terms of traffic score.  There would be no need to comment spam on my blog, which has a traffic score of 158,037.  Remember with Alexa you want a lower number.

Seriously if they really started back in 2009, there would be hosting companies begging to know the secrets of getting 3 million customers a year.

Nevermind that web-hosting-top.com  did not start getting reviews for deepahosting.com til July 24, 2011.

Webhostingstuff.com only has one review and this was back in June 2011.

Never mind some of the biggest names in hosting have far more reviews.

I don’t quite understand what that means, as the one page says they have 10 million customer contracts strong company. Their spouting numbers without proof some how means your supposed to trust them.

Then there is the fuzzy refund policy at Deepahosting.com

Its rather unclear.  Between several pages its either 15 days, 30 days or 180 days.  At one point they state pro-rated refund, and by prorated they deduct your time used based on month to month pricing.  Honestly nothing wrong with that.  I did that myself, however what I did not do is try to confuse it with being a guarantee.  It seems the 180 days is more of a play on words, and not a point where guarantee should apply.

If you want a host from India, I suggest avoiding Deepahosting.  But for those that choose did spend time with this host I want to hear your experience.  Keep in mind if your going to provide positive feedback for deepahosting, I want a domain that is actually hosted with them. 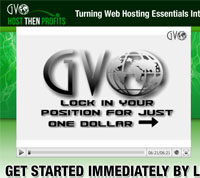