For some bizarre reason people have this feeling that I hate affiliate programs.  If you saw the post where I get “exposed”  on webhostingtalk.com you will see thats what I was accused of.

Never mind there are ads on my site, some how a hypocrisy has been in the works.   Have I been using hosting affiliate programs to make a buck by making claims of some host was the best host?  Read enough of my posts and you will see that the answer to that is no.

Yes Google occasionally dishes out ads for webhosts, I actually screen a lot of the ads.  Never mind that a direct affiliate link will pay out more then what Google will pay me. There are no claims that any host despite having a affiliate program or not are a top host here. But your not going to find any where I say hate I hate affiliate programs.   I do point to a lot of affiliate programs that do payout in some cases most of or more of the initial customer payment.

There also a lot of hosts that I have reviewed that have low payouts, or no affiliate program at all.   In which case why would I do a review about a host that does not have an affiliate program if I my main focus was affiliate programs. This site is about  exposing hosting review sites, and the hosts that use them.   Some how  I have yet to encounter a so called review site that was no bias.  Either they get a paid amount for the 1  – 1o spot.  But in most cases they just go to sites like commission junction and pick out different hosting affiliate programs, or go directly to the host (which is what alreadlyhosting.com perfers).   I can’t look into the minds of host’s owners and tell you if they created the high payout affiliate programs to create a very saturated so called review industry.  I know some hosts like siteground.com and fused.com own their own so called review sites, where amazingly they are the top hosts.  It does not take much imagination to see where most so called hosting review sites got their business idea from.  In up coming months I will be looking into the ethics not to mention the legality of running a review site

So do I hate affiliate programs?

Truth be told, I like spending money more then making it.  I have a huge music obsession, not to mention my many other hobbies.  So where does the money come from?  While a big part of my income comes from graphic design,  part of it comes from affiliate programs from others sites.  There is a huge difference in what I do and what hosting review sites do, what I do is advertising.   Where you see content you might find ads from Google adsense, or banners for tigerdirect.com, Adobe, and Coral.  Companies I actually buy from.  I don’t tell you that so and so is the best, unless of coarse I actually use their product.  Any recommendations I have would be if I  actually use the product, which I do pretty often in my personal blogs.

If you read enough of my posts, I have yet to put my name behind any host. I engage in true advertising.  I don’t create a so called top list and claim that any host is a the best host.  If you read that post on webhostingtalk.com you will see jixhost.com claimed that they were advertising.  If your familiar with Google adsense, as winhost.com tried to say webhostingstuff.com was doing, where is the ppc ads at?  Advertising is not what the so called top sites call it.   Webhostingstuff.com even claims that the top 25 positions were not for sale.   While Jixhost.com (who was all over the place), did not claim they paid for the top 25 spots, they did not deny they were. They don’t want you to know that they are rather bias about who is on that list, and most of that has to do with if a host has an affiliate program or not.

To be honest I am not big on the idea of programs that pay our more then 20% of an initial sale.  From a business stand point every dollar you spend on a affiliate commission is a tax deduction.  Not every sale is going to come from affiliates, not to mention not every sale that comes from an affiliate in certain circumstances awards a commission.  Like for example, if a customer decides to go away from a page they get this pop up window that will knock off 50% off the cost of an order. 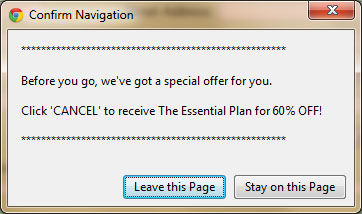 When I was a hosting provider I would rather focus on other forms of tax deduction that improved services.

Affiliate programs are not evil

I tend to think of affiliate programs as neither good or evil.  But I do blame hosts that do nothing about a top ten site that features their site.  Which have no proof a host is number one, or for that matter not even hosted with any of the top 10.   Regardless if they turn a blind eye to these sites they are still responsible for their unethical nature.

Lets face it, even without the affiliate programs the people who make review sites would be doing something else regardless of any ethical issues.   One review site that most of my efforts into actually has other ventures, which is webhostingstuff.com.  Micheal low is actually an affiliate of several other companies that are not even hosting related:

Despite his top 25 being a pay to play system, he seems to be removing it to add hosts that pay out affiliate commissions.

Either way the reform of hosting review sites don’t need to come from affiliate programs, but the hosts that turn a blind eye to their affiliates and how they bring in customers.

Bottomline is I have no issues with affiliate programs, as I am an affiliate.