Today I went to Borders to see what was left, much of what is left is what few people are interested in, or the price is still to high. This is probable one of the last places you would expect to find a post about the book store Borders.  Yet the fall of this book store chain points to one thing, those who do not adapt can not expect to remain in business.

Back in my college years, I had a job that I really loved. No it was not my dream job of going through the Amazon looking for unidentified species.  It was work at a comic store.  Considering I used to be a Marvel Comics fan, it was a dream job to work for extra money for college.  This was months before the Death of Superman in the 90’s, for which I earned enough money to buy my second PC.  Given my last job was flipping burgers and working at Walmart, converting the orders of 456 customers with a large array of comic titles and comic related goods into a data base was a big step up. Their adaption turned a routine that took 6 days every month into a process that could be modified when customers ask to remove or add items to their orders.   With all that time freed up a new policy of once a week company diner meetings.  Granted most of the meetings were more or less a discussion of pop culture.

I would in time get another job as the only way to really advance in a comic store is to know how to sell, I had the buying part down.   But I am one of those people that would have trouble selling water in the desert. While this store is still up today, my dos based data base is no longer in use and they moved on to more efficient ways of processing customer’s orders.  From the time I first went to work for them they have gone through 3 store face lifts.  While I may have never have learned how to sell, I did learn a lot of what it took to manage a business.  The store’s owners told me back when I first started the two keys to their success was being diverse and adapting to their customers.  Though I have to say another part of their success was loving what they do.

How does Borders have any thing to do with hosting?

If you read enough of my reviews you will see that I do complain about design, I might go on about it being a copy of someone elses.  Or that my mother can do a better job.   I can not tell you how many sites I have looked at where the design was out dated, or worse yet they show cased software that long expired.  Software has about the same shelf life as a bag of potato chips.  So why would something stale attract me to buy?  Could you seriously buy a bag of stale chips just because the price is real low?  Some how people perceive the argument about design is a surface level argument.   But to me the design goes deeper into the heart of a company.  I am often asked would I prefer a site that is well designed or would I prefer good service.  To that I prefer a service that can prove they have skill in the very market they wish to provide service.  Design speaks volumes, in a world where to days big thing is tomorrows fad.  A web site is a companies resume, and I am not inclined to hire the person who looked like they fell out of their bed into their clothes, and can  not give me a good reason to hire them.

10 years ago Borders in Glendale Arizona was a great place to go, though this was before I started shopping on Amazon. Also I might add the store was clean. I went for the coffee and often buying cds and books. I have to say I did not buy commonly known artists from Borders as they were often $5 more then what I could get them at BestBuy. DVDs were definatly out of the question as Borders wanted most of the time $30 for a movie, where other places charged 20.  After a year it became clear the only bargains at Borders were in the clearance section.

The big Borders flaw, the pricing and the failure to adapt

I know I harp a lot on cheap hosting. Yet I do often look for the cheapest price on items such as media.  There is a big difference about bargain shopping for a movie and buying hosting.  After all the wide screen version at Best Buy is going to be the same as the one at Boarders.  With hosting you don’t really get to see the guts of what you get.  But there are somethings that do tell you, that your not getting a good deal.  10 megs of space for $20 a month is not a bargain in 2011, 2001 perhaps.   Not to mention with a world in economic turmoil, the last thing to do is the same old thing.  Sure people are going to buy books, movies, and music.  But they are more incline to bargain hunt.  I am no exception, especially since I collect nature references some of which can cost a couple hundreds (like one I have on termites).

One thing that bothered me was the membership card.   To get a discount you had to pay a fee, even though that discount did not equate to what I could get from a store that had no membership.  Unless maybe you considered your local grocery store that handed out memberships for free.  A little weird that a grocery store could beat a store like Borders on a cheaper deal.  I think it was two years ago Borders stopped charging for the membership and simply gave you one if you gave them an email. After doing so I never found any of their sales appealing.

Through the years I would still go to Borders, always for coffee and to browse through the clearance section.  But here is where I get to the clean part.  Perhaps the fabric chairs were meant to be part of the atmosphere.  But last I looked they were no longer burgundy color and more of a mud.  I am not sure they were steam cleaning these chair, but they are pretty gross now.  Perhaps they should have opted for a rubber chair that could easily be wiped down.  Perhaps not very appealing, but after ten years the excuse of paying for atmosphere is not excuse for high prices.

Which brings me to some hosts that fail in their design.   Sometimes when you dig through the sites you find things that are not bargains.  After all in some cases these hosts charge something like $25 to install word press, and $10 a month.  Never mind word press is free. Most host shared hosts use cPanel, have software (Fantastico) that installs it for you.  Yeah it can be more complex when you add widgets and other add ons or you choose to use a theme.  But most widgets are pretty self explanatory.  Or they want to charge you $20 for a domain or $75 for a ssl certificate.  For which you can get for for 1/2 the cost elsewhere.  Perhaps they are great because they can tell you how to set up your email, but are they ready to prevent modern threats.  Will they be ready for the next big thing like Word Press? 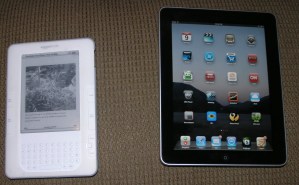 I have friends that like to joke with me about my buying a Kindle killing off Borders.  Its a lot like blaming Netflicks for killing Blockbuster (though some would argue that it was Blockbuster that killed the family owned video shop), or perhaps DSL / Cable killed AOL.  But another rival to Borders, Barnes and Noble seems to have no problem with their adaption which is the Nook.  When a company fails to adapt they deserve to join Borders.