This month I am schedule to finish my review of the new hosts on webhostingstuff.com.   As I have stated in the past I am being blocked from looking at their site.  So often I have to rely on either Google cache or friends to do screen shots for me.  This time around I had two people sends me a screen shots of the top 25 list for this month.  One sent me only 2 screen shots because it appears that there were only 19 hosts,  maybe it might have something to do with it being an iPad. Then another snap shot of the top 25 revieled 2 hosts in the 10th and 11th spot.  A re-review of the top 19 from an iPad revealed that a different host in the top 10 was also in the top 11 spot.  But I tend to doubt that its an iPad issue (and I am no fan of Apple).  Over the coarse of 8 days this has not changed.  There have been two hosts in the 10th and 11th spot.  Maybe less people are paying for advertising or…………

Perhaps my favorite page at Michael Low’s site is:

What I love about is that with in less then 100 words the page contradicts itself:

However just below that is the very sentence that tears apart that very statement:

I pasted that after I did my first review of webhostingstuff.com’s top 25 for May 2010.   It took me a while to figure out what I was looking for, granted I still have a lot to learn.

How do they pay for those human editors?

We reach a highly targeted audience of webmasters, site owners, and web professionals.

You can advertise from as little as $100.

When I wrote my first closing review for May 2010, I found the little tidbit where they failed at explaining how they were fair and balanced.    Just as they failed to explain how they reach webmaster, site owners, and web professionals without using the top 25.  I have yet to see where it is, and none of the hosts that have fest up to me about buying “advertising” could tell me where the advertising was. 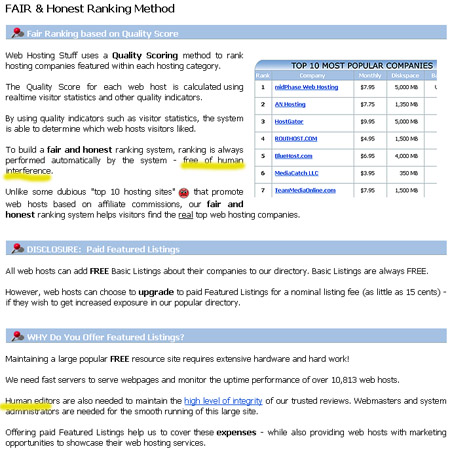 Considering my friend was only able to send me 2 pages of what amounts to 19 hosts, though it 18 because Scala Hosting gets listed twice as its both in the 10th and 11th spot.   I sort of thought it might be a problem with iPad.  Yet the copy I got from a friend on PC had another host that I plan to add to my reviews for February 2011 Spacenets.com which on the 3 screen shots appears in the 10th and 11th spot just like the ipad version so there are only 24 hosts in what used to be a 25 positions.  The only diference between the two sets of screen shots besides taken less then 8 hours from each other is that the iPad screen shots had 2gb hosting.  A host I reviewed back in August 2010.  They still do not offer any thing better then a 7 day guarantee, and I suggest going with a host with no less then 30 days. 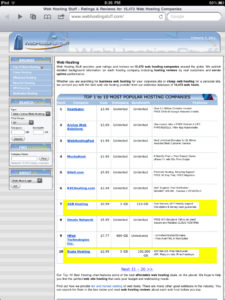 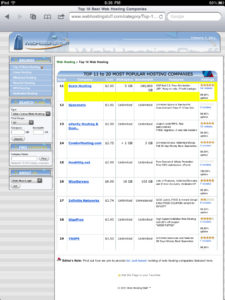 Here you can see part of the mock up for this months reviews.  Three hosts total

Not to mention why I choose to do a second review of Ioxhost.co.uk.  After the owner claimed he was going to stop using the “Advertising”.

I plan to do the write up for this once my new pc comes in.  After 4 years I think its time to get something more capable of doing videos.  The joys of a machine with 2 video cards. 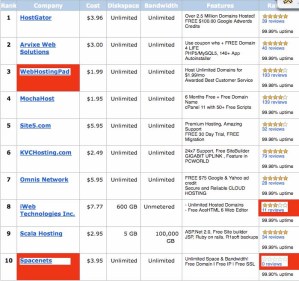 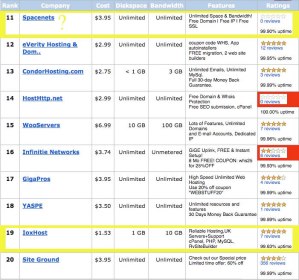 How can Webhostingstuff be free of the human editors that it needs?