Webhostingstuff.com has 5 new hosts for this month.  1 of which I have been seeing on hosting-review.com, myhosting.com.  To be on a top review site such as this means their not exactly a small host.  A special review coming soon for hosting-review.com.  1 of these hosts has not even been online for a year.  Two of these hosts have not had any new reviews in almost three years.  The last host has a 40% approval rating in support.

I know in the past that I have slacked on getting reviews out in a timely manner, but so far it seems like I am on schedule to complete January’s review before the end of the month.  I plan to tackle a few more hosting review sites before February 2011.

Here is the video summary of this blog article. I do apologizes in advance as I am trying to make these in 20 minutes so not exactly my best work.  But I hope it gets the point across.  Especially since I use Webhostingstuff’s own “Facts” against them.

Only 1 new host in the 1 – 10 spot, that may very well be in the same league as Siteground.com and Hostgator.co, 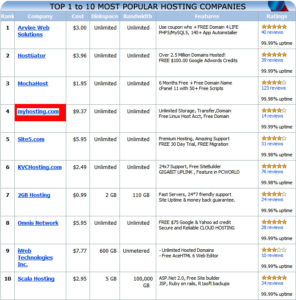 Despite their claim of “Your trusted webhost since 1997”, their domain was registered 1998.  What is one year right?

But there is the reviews with on this top 25 list that should make anyone skeptical of being a top host. 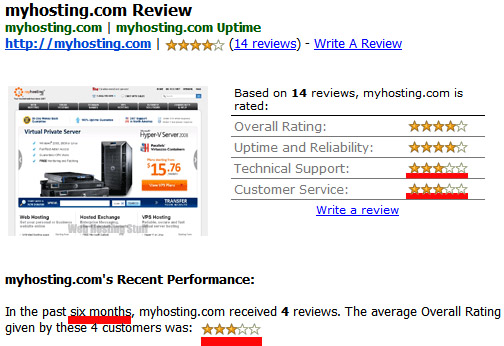 Overall their weakest points is customer service and technical support. 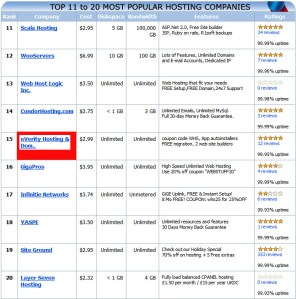 The affilate program is one aspect I plan to look at with this host.  You might say that they have 12 5 star reviews, but when was the last time they got a review?  April 2008!  Before that it was December 2007.

mamigon.com is hosted at Godaddy 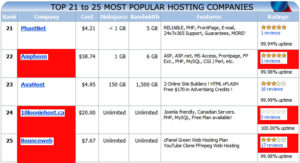 Another United Kingdom focused site that found its way on WHS which focuses on United States.  I say that because the bulk of hosts that appear on this top 25 list offer service mainly for $ / USD (United States Dollar). First look I had to scan over to find where the hosting was, turns out this is not a site thats main focus is hosting.  The claim is “Internet Business Development Specialists Since 1994.  The whois info says 2000, and the waybackmachine says they have a back up no later then 2001.

Despite the funky claim of being older then what the whois states, the last time it had a review was February 2008.  On the bright side maximsglobal.com is still with Ampheon.co.uk.

Having zero reviews has me asking is this a new site or a site that has not really taken off.  10looniehost.ca has an Alexa score of 11,757,464.  Which is pretty bad even though the domain was created on July 3, 2010.  I am suspecting that the domain was recently used this month.  On the below graphic you will notice two things.

Despite looking at this site various times in the last 24 hours The sales chat remains offline.  There is a claim of hosting 57,000 sites, even though a customer may own 1,000 or more sites.  After all they offer an unlimited plan which hosts unlimited domains.

Perhaps a review of their “awards” will tell me more.

The webhostingstuff.com tell me that this host has a failing overall grade in technical support.  The last 6 months is a two star / 40% approval rating. 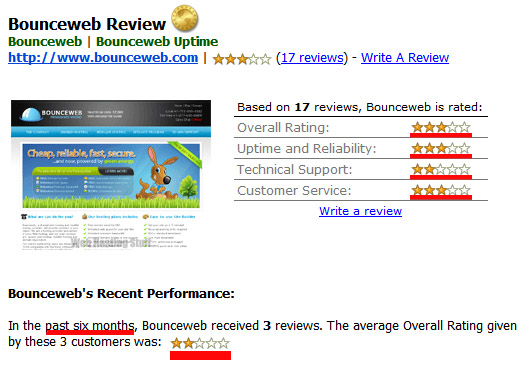 Here is hoping I can finish reviewing 5 new hosts with webhostingstuff before the end of this month.