As consumers we seldom think about what we are buying.  Most of us don’t look at a can of soda to see how many calories might be in there. Nor do many of us ever bother to read the terms of service of software we download.   Everything we buy we get with an expectation, regardless of what the promise may be.    For that matter when it comes to copy right, I have alot of friends that would love to rip my music collection.  They like the musicians, but there not willing to pay them to make more of what they do best.   I buy as I hope I get to see more albulms.  I can’t tell you how sad I am to have no more new Shannon Hoon – Blind Melon.   I am often told I could just rip my collection an sell the cds.  Despite the fact I treat my cd collection like a treasure, the other side of me thinks doing such would be theft. Just because our computers have 1 trig drives we are driven to think why our hosting packages can not have more space then our computers.  An unlimited package that really is not ‘that’ draws in.   Regardless we want more, even if we really don’t need it.

This is my abridged history with computers

My first computer was a Packard Bell 486sx, 128 kilo bytes of memory, 80 meg hard drive, and a math co-processor (not something you purchase extra these days).   To pay for that machine I worked for the Forest Service putting out fires during the summer of 1993.  All that remains of the money I had earned that summer amounts to a mother board that has been mounted to the wall.   At the time I had little understanding of how much space and memory I would need.  Prior I had two cases of discs I carried around with me, and worked from borrowed computers.  So a 80 meg drive seemed like a lot.   It would take a few months before I realize it was not enough, and I should of paid $35 more for 40 megs extra space.  Memory was an entirely new concern that I would learn about once I got the latest version of WordPerfect (Back in the early 90’s they were the word processor to use) and a game called simant (I wish Maxis would make a new version).   Memory was called simms and I ventured on what seemed like a good deal  at 4 sticks at256 megs each of memory for $150.

By the time I got into webdesign I had already gone through two machines, a hand down machine nick named ‘the brick’ and my Packard Bell.  Packard Bell as a company would be a joke at the time.  My third machine would be a Gateway and it would be my first computer with a dvd drive, making it my first dvd player.  At the time almost everyone had a dial up connection and hard drives were starting to hold giga bytes of data.  Regardless of the increase in hard drive space every bit of design that I did had to involve minimal space, because a slow site would lose interest.

Go forward a year I would be working in the hosting industry and the biggest hosting package we offered had 50 megs. By todays standards thats not alot of space.  Which really did not matter as most people did not worry about having high depth graphics. It would not be until 2000 that I got a high speed internet connecting, and yet most people would still be on dial up.  Which kept American Online a house hold name.   DSL and Cable would become a slow poison to a company many would soon regret investing in.  As American Online was unwilling to adapt.

Now its the year 2010, dial up seems to be dead as I rarely see advertising for it.  High speed internet is everywhere. For that matter Directtv bombards me with their high speed internet, the only thing that stops me is that there seems to be a delay for online gamers and I am big World of Warcraft fan.  I have 3 machines,  1 laptop, 1 netbook, 7 monitors, atleast 8 trigs between them and the network drive bay, a Kindle, Ipod Touch, PSP and other tech stuff on the way.  The three mp3 albums I bought today make the data I accumulated during the 90’s  minuscule.  Like a hoarder I have keep every piece of data.

The problem with the increased internet speed has lead to less incentive to run lean space use websites.  I have encountered so many customers that would not pay any more then $10 a month for hosting, and even then they think $10 is too much.  There are claims of making thousands, tens of thousands off the site.  Never mind the cost of the thousands of tons of copper that separates the user from the hosting account is simply an intangible item that cost can be anything they deem.   The employee, whom most may never meet in real time,  virtual, not a living breathing person that has to be paid to meet their all to real expenses.  Unlimited means a buffet where you can have all that you can ever use.  The host is deemed as someone with unlimited resources, and if they won’t offer unlimited they are not a viable business option.

Every company has a limit.

I remember reading the site of one of my customers where he went into his obsession with Starbucks.  Every Monday – Friday morning he would get his morning coffee.  I figure he spent on atleast $80 a month on his favorite brew.    Later it was followed with a post on why he was leaving my company because he could get more space for cheaper with a competitor.  It was a long drawn out post as this post is probable getting.  The part I like was where he stated you should always go for the cheaper solution.  He was gone a month before he came back, and the post had disappeared.  I think he could have  started with his coffee budget as it was more then 500% of what he was paying me per month.  Granted I am not exactly cheap in my own coffee obsession as I tend to lean towards whole bean shade grown organic – fair trade coffee.  I love my brew freshly ground.  All put together in a coffee maker that grinds my beans, and puts my coffee into a canister that can keep the coffee hot all day long.  I spend $30 a month for coffee every morning.  But it does not stop me from visiting a local coffee shop where I can get away from work a bit and read.

Why the coffee story?  I supposed instead of a $150 coffee maker I could have gone with a $10 one, and coffee could be the cheapest ground version available.   I could have saved a lot of money.  But the coffee would not be the same for me.  I am sure that the coffee would not be the same for the customer I mentioned.  It might be cheaper if he made it at home, but it would not have the same feel as his morning runs to Starbucks.  He discovered that simple truth with webhosting when he left.  Just because it cheaper does not mean you will get the same level of service. He is still drinking, and blogging about his obsession with Starbucks, and I am still drinking my shade grown organic – fair trade coffee out of a coffee maker that grinds the beans, putting the morning brew into a thermos.  Because anything else would not lead to the same level of satisfaction.

Webhosting can be an essential business expense, and in my opinion should be considered in the same category as office space.  I know of many customers that operate solely from their websites.   Customers do not meet them inside. But many act like they should pay more for paper clips.  Many times I have had customers on my cheapest plans complaining about losing thousands from 20 minutes of planned and notified maintenance reboot.   Many of these webhosts use their own customers as a tax deduction with this rather absurd payouts.   If your using your hosting for business, its a business expense.

28% of the United States still uses dial up

http://www.fcc.gov/Daily_Releases/Daily_Business/2010/db0813/DOC-300902A1.pdf I didn’t think dial up was dead, nor did I think it was in the category of 8 track player, closer to CD player.   28% is a large number.   I am no fan of PayPal, but I gave in and never stopped using it even though it accounted for 17% of our income.  My own philosophy is being prejudice is anti-capitalism, and I like money.   In this case low bandwidth sites are still a good thing to reach a market others ignore with their high data websites. 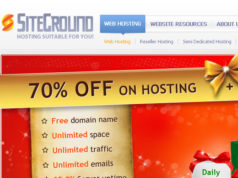 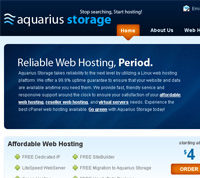 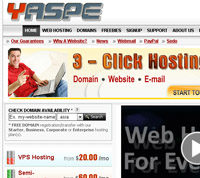 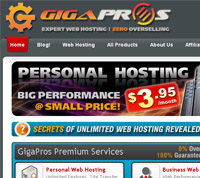 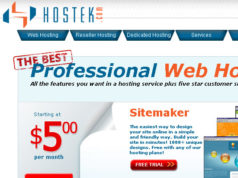 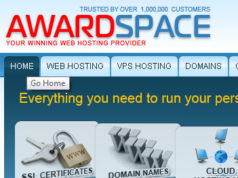