Per one of my earlier posts, I had recieved spam from a mlm front for GVO called Hostthenprofit.com.

In short its a bunch of self proclaimed gurus that tell you:

“GET STARTED IMMEDIATELY BY LOCKING IN YOUR POSTION AND EXPLODE YOUR PROFITS NOW!“

I wish I could claim for some level of exaggeration here, but that is an actual quote from their site right down to the all caps.  It’s all intended to lure you in.  But I can assure you results that they choose to show case are far from typical.  More about the package they offer you at a later date.

When I first looked into this site I found it had just started back in September, despite the domain being bought early this year.  The traffic statistics are very impressive.  I am most wager it was in part to the spamming on places such as YouTube (where they spammed my personal account), forums, blogs, and where ever else they could find a voice. GVO notified so called gurus with large mailing lists in regards to hostthenprofit.com.  After all this was how my first company got started, even though ties with a certain guru out of Utah that will remain nameless (though now that I think about it there was no non-disclosure agreement).  Something about variable flows of cash, well not those words but pretty close.  Other links were still available to these so called gurus.  Some of the stories I have about these gurus would make any normal person cringe.  Perhaps I may go into that at a later date.  But it’s really off topic.

That of coarse is what they should have in bold writing.

What I find interesting is that the original video at the top is no longer there, no worries a quick search of YouTube and I found it as well as tons of other people pushing hostthenprofit.com. The video software these guys claims to offer makes me wonder if it’s nothing more than a re-brander.  Considering YouTube is not too found of multiple copies of the same video.  I have to wonder if it changes the timing of sequences and other things to trick the system.

I have checked through several of the gurus but this one stands out the most.  The thing that bothered me was this guy claimed to have been with GVO for 5 years, and that he would not run his business with any other data center. Problem is he does not tell you what his sites are; you have to rely on search engine results to find his site(S).  One of which appears to be mikefilsaime.com, and it’s hosted on Road Runner apparently since its creation 2004.  Where is hostthenprofit.com’s main host site gogvo.com network wise and how old is this domain?

Funny thing is they are supposed to own their own network center. I have to say I am curious to why they are hosted with Road Runner.

http://strategicwebsiteprofits.com/mike-filsaime-is-a-cheat-and-a-scam-marketing-dot-com-review/
Of coarse if I am wrong about GVO  and Hostthenprofit they should be more then happy to provide proof of success.
776
SHARES
ShareTweet 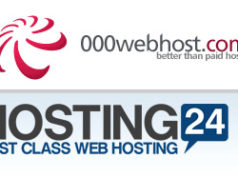 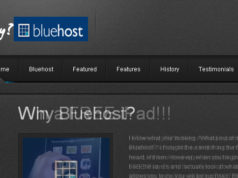 Whybluehost.Com, Is Not The Place To Try And Be An Affiliate For Bluehost.Com