billybrask has made a comment on Top 10 Best Web Hosting Reviews – SCAMS EXPOSED:
SERIOUSLY!! Don’t be deceived by this youtube video. The guy that posted this is doing the same thing. He is advertising on his website blog. He wants you to visit his site so you will click on his ads and give him money. These web hosting reviews are not doing anything wrong. They are affiliates for these companies. Many of them are very legit some are not. Nice Try with this video but you are trying to do the same thing…DECEIVE!

Here is my response

Nice try but no cigar

I disclose the fact that I put adds on my blog, as well as that I will be making money to put back in to it. I do not have the resources to compete with hosting industry. Because frankly this site needs a bigger server, and I am not rich man. But your more then welcome to play devils advocate for the hosting industry. You might also want to bring a violin for the banking industry I hear they need someone to stick up for them to.

Also you do realize I get to approve comments before they even get posted?

First of all I have not endorsed anyone, unless you called my post on GoDaddy an endorsement, I recommended them for starting up a site, but not for a serious website.   At this point I have gotten zero clicks on the GoDaddy banners.   I freely admit I am not a good sale agent, and I proable could have done a better job of getting people to click if I left out my history of server outages and slow response servers.  But that would not be honest, and I am sure someone would have called me out on a post that had nothing but positive reviews.    I also  have declared several times over the  many emails that I have gotten that there  is NOT a host I am willing to put my name behind at this time.  That does not mean I am putting my name up for sale either.  I also have three more hosts that I am using to review and over 25 that I have used.   Honestly if I found a better host then any of the ones I am currently using or have used I would probable move everything I have to one host.  But at this time each host that I have been with have some serious flaws.  But the ones that I have reviewed out of webhostingstuff.com’s top 25 list,  have paid for fake positioning.    At this point I have not really gone after the affiliates, though the first one I will go after is hostaz.com, owned by Michael Low who also owns webhostingstuff.com.

Yes I have advertising up.  I have also been screening my google ads to make sure certain sites don’t show up.  I also look into the companies that show up.     I put the advertising up so I can afford better a better server for this site.  I am not about to ask for donations, because frankly along with being a bad sales agent I am also a bad accountant.   Since November 2007, this site has been paid for out of my pocket.  The only help that I have received was word of mouth.  I greatly appreciate that.

Billybrask, your welcome to comment on my blog.  But I challenge you to actually read my posts.  I am going to assume the first thing you did is come to my site and saw ads and decided to judge me.  The last site I dealt with had faked their awards.  https://hosting-reviews-exposed.com/hosts-that-use-exposed-reviews/indichost-will-indichosts-net-be-an-awarding-hosting-solution-for-you.html 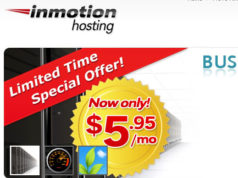 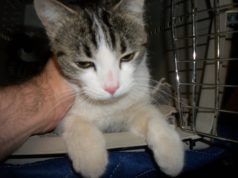