Until this weekend I did not have a lot of knowledge of what PIPA/SOPA was. But I had friends sending me links to sign to support stopping it. Then there is this World of Warcraft related comic that I look forward to reading every Sunday:

This is the point where I realize that I really have not been paying attention, and leave it to the world of humor to enlighten me per usual.From an uninformed point of view I would support PIPA/SOPA. After all I am a big believer in copy right, I believe people should be paid for what they create. Those that did not create should not be allowed to profit off someone else’s work. But I also believe Innocent until proven guilty. In short the devil is in the details.

Why I have doubts about PIPA/SOPA

If you came here yesterday between 8 am – 8 pm, you will know that I opposed the bill.  Hosting-reviews-exposed.com was blacked out and redirected to a site where I hope the bulk of my visitors that were from the U.S. sign up to inform their Senators and Congress representatives.  If you are not from my country you should be concerned, especially if you have customers from here.  That is why the banner for Hosting-reviews-exposed.com has changed because of  PIPA/SOPA.  Hopefully Wednesday will encourage a more rational approach to fighting copy right violators. But rarely does a single day result in change. 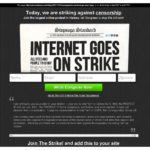 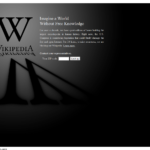 I could tell you many of my customers own experiences with battling copy right violations, but I think my first personal issue with copy right is short enough to bring my point of concern. My problem was that back in the late 90’s a large company had copied a site I set up to show case my work so I could bring in more design customers. You would think that it would be me raising hell against this company, but I would have had to of known it was stolen.

Out of all the audacity after stealing and butchering my design they chose to send a letter in the mail threatening me with legal action. I had to say I was pretty baffled as all the design was my own personal creation that I had spent weeks on.  I could clearly see their site was a hacked copy of my site. But as I have said many times I am the last person to go after because in short I am rather weird. Hostile results against me will result in strange feedback. It was my overwhelming need to keep every bit of data that I make or get that saved me.  If my data was actually physical items I probably would appear on TV being forced to give up my precious data. I am a data hoarder.

On top of the desire to horde data I had a CD burner and I was sending copies of my work to a friend through the Post Office. It was not exactly practical at the time to do backups online.  It was not for fear of copy right, but fear of data lose that drove me to do this.  So there were 4 copies of my site design of the then current design work with every detail down to raw data sitting in unopened envelopes with post marks that predated their copy of my work. Not to mention the raw data from the first two designs before the one they stole was in another 5 envelopes. The two original designs showed an evolution of similar elements. The only thing not included there was the rough design I did in sketch pads that I also still have.  I presented them with a few samples of what I had of raw data, a photo copy of one of the envelopes letting them know that there was more than one.  Of course the company had no raw production data, so they quickly withdrew their threat against me. The design for their site quickly changed to their own design (at least I can hope), granted I would have sold them the design as I was not attached to it. I did not pursue litigation because ultimately I had a livelihood to work on.

It was one of my many quirks that saved me from a lengthy legal battle.

So I have to ask, would I have been able to keep my site up under PIPA/SOPA?

I hate reading laws like this, they are far less clear then a loan agreement. Laws by politicians that think we should “bring in the nerds”, But from what I have read the bill is supposed to only affect sites that are in other countries.  For that matter I don’t think this would help anyone in this country that does not have a large legal department behind them.  I could go onto to counter arguments against it.  But I think that there are other people that have done a better job than me.

Frankly I am ashamed to say that I did not do start blogging about this last year.

What really bothers me about SOPA/PIPA

The other thing that bothers me is that it does not exactly explain how they will contact, or if they will even contact them at all.  Nor do I see a penalty for a false claim.

For over a decade I have had my own battles with copy right offenders from people that would like to call themselves my customers, to those that were too stupid to realize that when they copied one of my sites, that I might have learned tricks to encoding my work.  Or those too stupid to realize that the scripts they scraped were reporting back to me and my business partners.

Something needs to be done, but not when it affects innocent individuals.

Congress and the Senate need to understand that PIPA/SOPA are bad ideas.