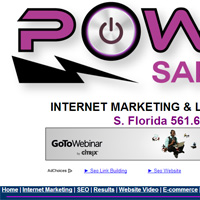 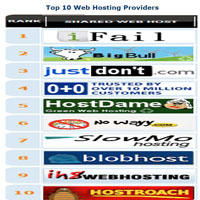 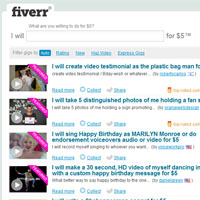 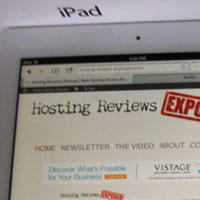 Nod32 – Eset: I no longer approve of this software

If your wondering why before today there is only one post for March 2011, you can blame Nod32 by Eset.com.  You can also blame dell.com but thats a post for another day. For 5 years now I have used and backed nod32, for that matter on any blog or site I had ads up for this anti-virus software.  I had even had an ad up on this site til this month. However the last 12 months have been hard to bear.  Just like this site, I have removed all eset’s ads and killed my partnership with their company.

Granted nod32 was not exactly a user friendly software, and more so a computer geeks software.  But until last year it was software I would put my name behind, and I made it a point that everyone of my staff had to have it on their machines.  I even installed Nod32 on my parents machines.

The first anti-virus I had ever gotten for a machine was from McAffee, or as me and my tech friends like to call it McCrappy.  If memory serves me correctly there were no updates on my first version.  I soon left them for the same month I got McAffee,  for Norton because I was having registry issues, so I got Norton Systemworks.  My big issue with their company for sometime was that I could not for example: Get my first copy of their software in June, and the next year buy their new version in April having my subscription extended to June of the next year.  Instead it was April of the next year.  Meaning it was not a good idea to buy software months before the end of a subscription.  Regardless of all the new features that were in the next years software.  Another thing I found annoying is that sometimes you had to wait on them to create an executable to remove hard to remove viruses.  What pushed me over the edge was 3 months after getting their latest version I had a major infection, and their software was unable to clean it.  However the 30 day trial of Nod32 was able to.  Which caused me to start buying their multi pc licences of nod32.  Later I would have issues with how deeply embedded  Notron was into my machines regardless of it being installed it would still have processes going on in the background.  When you uninstall a program it should remove all parts of it, and you should not need to go to their site to get something to uninstall everything.  Nod32 would come to seem like the perfect solution after the many issues I had with Norton.

Nod32 – a Firewall that does not remember

My first problem started with the 2010 version of eset’s anti-virus firewall because it was more picky then usual.  I have a Cisco-Linksys Media Center Extender

, that until last year never had a problem with firewalls (that and it never had problems with registry program cleaners til last year either).  I thought that if I having it ask me to accept if a program or device could use the network would solve it.   I can’t tell you how annoying it is to have to go between rooms getting the device up and then having to wait on your firewall to ask if its ok.  It only got more annoying with Nod32 started asking for Microsoft programs and other programs it should have already had rules set up for to let through.  Every update seem to mess with my media extender, as it forgot that I made it clear every time that it was ok, and to use the check box to remember my choice every time as opposed to asking me .  For that matter at several points nod32 was blocking access to my network drive.  The worse came in the fall of last year when it blocked every one of my computers from using home network and the internet.   Practically a whole day was spent cleaning up that mess.

The fire wall was at this point my biggest issue, and I had entertained the idea of just using Windows own firewall versus Nod32’s.  But the worst was yet to come at the end of last month.

The straw that broke the camels back with Nod32

I was in the progress of fixing an order with dell on 1 of two machines I had ordered.  I was chatting away with a tech after getting a new system configured after multiple extended delays by dell.  When all of a sudden I got a weird message about my computer being hacked, and another so-called anti-virus was trying to install itself.  The only thing I could do was either accept the installation of this software or kill the power to the machine.  Starting my machine back up started the process all over again and my background of a large cactus bloom was replaced by a you have been hacked screen.    I of course killed the power again.    Luckily it was my Acer laptop where nothing important is stored, and any passwords I had used on this machine were changed.  This was a machine that I use mostly to compose, chat, and edit pictures.  This gave me a reason to install a bigger drive on this machine.  I took the drive out and scanned it for viruses with node32 on another machine and was horrified to find how badly the machine had been infected, never mind that I did a scan a few days ago as I do with all my machines on my regular Sunday maintenance schedule. Nod32 had found nothing. Yet the worst was yet to come.

Further scans by another company had found that all my machines had been infected in one way or another.  I think the worst machine to find infection on was my media machine.  I don’t use it for email, chatting, or browsing.  Asides for Netflix, Amazon’s Unboxed service, Windows updates, and downloading a new tv schedule I am rather baffled to how this machine had been infected.

Currently I am testing out PCtools, which at the moment has replaced my registry cleaner from Uniblue.  If it meets with my approval it will replace Nod32 for my approved virus protection.  Unless of course someone can tell me their own horror stories behind Pctools.  Regardless of the fact I have 1.2 more years on my current licences I can no longer trust the safety of my machines to Nod32 a program that is not actively protecting my machines.  I simply can not trust software that can not run a firewall with out hassle, or allow multiple intrusions over a short period of time.

I can no longer recommend NOD32, or any other eset products.